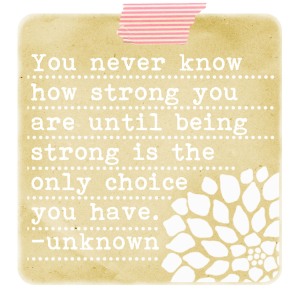 I’ve never hidden the fact that my husband first brought up the question as to whether or not our middle son had Autism. I know that in most cases, moms know deep down that something is different with their child, and dads are often times the ones in denial. In our case, I’ll admit it, I disregarded what my husband was saying. I thought my middle son was just a late bloomer. I told myself that maybe it was because I spoke English and Spanish in the house or that maybe my oldest son just talked enough for both of them.

My husband did research and read me articles online, but I tuned him out. David turned two years old in December of 2010, and had a well care visit in January of 2011, which my husband took him to. I don’t remember why I couldn’t take him or at least attend with them, but I vaguely remember something about work preventing me from going.

I remember my husband coming home and letting me know that he discussed his concerns about Autism with the doctor and she had him fill out some ages & stages forms. Based on what he filled out, she was going to send a referral to Kaiser Autism Spectrum Disorder Clinic in Rancho Cordoba and if they had any cause for concern, they would set up an appointment. I remained speechless for a few minutes and again, really didn’t pay that topic too much attention.

About a week later, we received a big packet in the mail from the ASD Clinic. It was a ton of paperwork and a date for us to see them on March 15th. I thought it was ridiculous, but I still found a way to fill out the entire packet of paperwork. As I turned each page, I began to get a little scared because I was realizing that I did not have answers for some of the questions. When was his first word? When did he start using a cup? When did he learn to use a fork/spoon? Does he feed himself? When did he learn to pedal a bike? How many words does he have? Can he put on his own clothes? Can he bathe himself? Can he put on/take off his own shoes? When did he first use a pencil/crayon/markers? Is he potty trained? When did he first use a toothbrush?  I said, “Huh, he doesn’t do any of this – he’s only two.” Little did I know, my son was supposed to be doing many of those tasks, and this paperwork was pointing out some significant delays.

Our trip to the ASD clinic was very quiet and our son did really well in the car – he loves car rides. Once we arrived, he participated in several different tests. My husband and I also participated in a few of the tests as well. The doctors were interested in how he interacted with us. I thought that was kind of absurd. We took a break and ate lunch, while the doctors did some research and assessed their findings. It was with a heavy heart that I re-entered that little room. Both doctors came in and confirmed the news I did not want to hear. Our son had Autism. I was in shock. I didn’t say anything. Instead, I let my husband talk with them for a little while as I looked down at the brown speckled carpet and felt my heart break. All I could stomach to say, while sobbing with tears running down my face (as they are right now) was, “What is Autism?” “Can it be cured?” and “How did he get Autism?” I really had no clue.

We talked for while about research, potential causes, some treatments, and services. I was quick to ask them if they only knew of places nearby that they could refer us to. I said, “We don’t live near here, we live in a small town near Fresno.” The doctors both looked at each other and said, “We don’t know of any services we can refer you to out there, but we can get you the number to your local regional center.” I remember saying something like, “We are on our own now, aren’t we?” Both doctors just look at me and then looked down. They gave me folder with several brochures and phone numbers to local places in Rancho Cordoba, a copy of their findings, a summary of our visit and a post-it that said CVRC Fresno 559-276-4300.

As we were leaving the office our ride home was so quiet, you could probably hear my heart beat. My husband just drove with tears running down his face and I just sobbed quietly. I really didn’t think I could cry that much. Do tears ever end? Every few minutes someone from my family would call my cell phone or text me. I just looked at the phone and ignored the calls. Why would anyone think I wanted to talk on the phone right now? All I could do was cry and glance at my son asleep in his car seat. He looked so peaceful.

At one point my husband grabbed my hand to hold and told me he loved me. Another round of sobbing overcame me. Tears, tears, tears.

I remember thinking that I was being punished. Somehow I must have done something in my life that was so bad that I was being punished now. I went round and round with God. I could not believe that God would allow this to happen to my son. Why? What did he do? What did I do? I’ve always tried to be a good person. I work at a homeless shelter with the most needy, poor & destitute of our city, I feed the hungry and help the poor. Why would God punish me like this? I went from feeling angry, to feeling sorry for myself, sadness, depression, anger again.

I read an article called The Impact of Childhood Disability: The Parent’s Struggle by Ken Moses, Ph.D. which talked about the stages of grieving. It hit me like a brick. After a short time, I got to the acceptance point. That was not easy. It lasted a day or two, maybe three, but I finally made it to the point where I realized i needed to get to work. And so I did.

There is a poem entitled: Some Mother’s Chosen by God by Erma Bombeck and it is so beautiful. I love the part that say’s, “When her child says ‘Momma’ for the first time, she will be present at a miracle and know it! When she describes a tree or sunset to her blind child, she will see it as few people ever see my creations.” “I will permit her to see clearly the things I see… ignorance, cruelty, prejudice… and allow her to rise above them. She will never be alone. I will be at her side every minute of every day of her life because she is doing my work as surely as she is here by my side.”

I know that God is not punishing me or my son. I know that i was chosen to make a difference in my sons life. I know that i am a fighter and i will always fight for a worthy cause. I am strong enough to help him. It’s the only choice i have!

I'm a warrior mom to nothing but boys! I am the only girl in my house which means i'm the queen. I'm a 30 something, Chicana, a Warrior mom, Advocate, Marketing Director, a Daughter, a Sister, a Military Mom, a Tia, a G-ma, a Friend, a Chacon, an Espinosa, a McNiel #Huelga #Resist I'm a mom that buy's "organic" "green" & "made in the USA!" My hubby calls me: "Mi Amor", "Mi Vida", "Mi Corazon", "Babe" or "McNiel" and my son's call me: "Mom" or "Mama". I love social media, laughing, smiling, gardening, decorating, traveling (when i can) and of all things: cleaning my house! I like going for rides on the Harley's, colorful tattoo's, eBaying & browsing Etsy as often as i can, fighting for a cause, & empowering myself and those around me. I have a great job at Poverello House as the Director of Volunteer Services. I have met and continue to meet individuals at Poverello House who will remain a special part of my life. I truly learn something new everyday! View more posts

2 thoughts on “Grieving and strength”